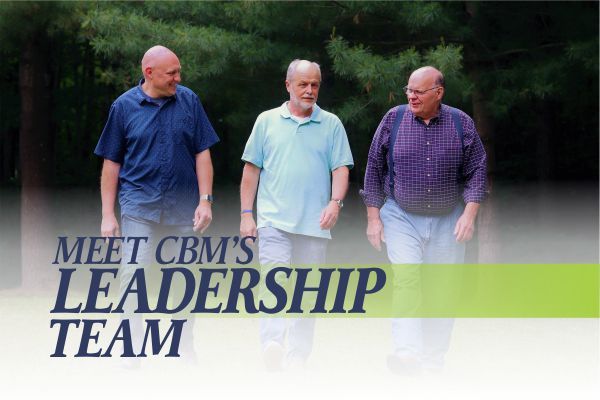 After evaluating the leadership needs of Continental Baptist Missions, the CBM board of directors has named a team of three men to provide direction for the mission following the conclusion of Bill Jenkin III’s ministry as president. On June 9, 2022, the CBM board voted unanimously to appoint Brad Hoff as the CBM Administrative Director and Dallas Putnam as the CBM Finance Director, effective July 1, 2022, to work closely with the CBM Board Chairman Joshua Putnam.

Brad and his wife Joanne have served with CBM since 1985, first as church planters in Iron River, Michigan and Sioux City, Iowa, then as Field Director (now Director of Church Planting) since 2010. In recent years, Brad has had increasing administrative responsibilities within the CBM home office. As Administrative Director, Brad will provide general leadership and manage administrative affairs, being responsible for the executive direction of day-to-day activities in the home office.

Dallas and his wife Nancy became missionary builders with CBM in 1988, and served in the field until 2001, when Dallas was tapped to become the Director of Building Ministries. Over his years in the CBM office, Dallas has also had an increasing role with administrative oversight, particularly with accounting procedures. As Finance Director, Dallas will oversee the overall bookkeeping and accounting procedures within the home office, and direct the handling and disbursement of funds within Board-established parameters.

Joshua’s connection with the Mission began at age nine when his parents (Dallas & Nancy Putnam) became CBM missionaries. As a college-aged adult, he served with three CBM church plants in three different states. After college, Joshua and his wife, Amy, ministered for 12 years as youth pastor and wife in a CBM revitalization work. He is now the senior pastor of First Baptist Church of Howard City, Michigan. Joshua has served on the CBM board of directors since 2018, and was elected chairman in February of 2022. As Board Chairman, Joshua will work closely with Brad and Dallas, assisting them in maintaining and promoting the welfare and integrity of the Mission.

In addition to these newly-assigned roles, Brad Hoff will continue to serve as the Director of Church Planting and Dallas Putnam as the Director of Building Ministries. As CBM’s leadership paradigm continues to take shape following a broader team approach, it is anticipated that other veteran CBM missionaries may be recruited to share in support ministries to their colleagues.

Over the 80 years of CBM’s existence, our leadership structure has changed more than once. It will likely change again at some point as the culture and conditions in which we serve change. What has not changed is our commitment to the work of the gospel and the need for biblically sound, spiritually healthy, disciple-making Baptist churches to be planted and revitalized in North America.