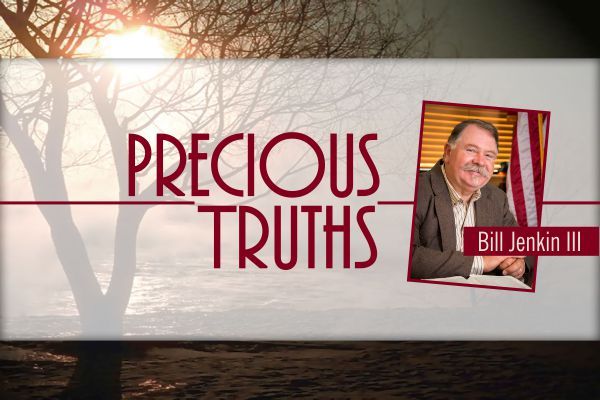 I was 19 years old, working in a sawmill in Philipsburg, Montana. I had been in the mill since I was 15 and had constant reminders that it was very hard labor! Many times I saw newly hired men walk off the job after a few hours saying, no one works this hard. I was a millwright—my job was to keep the sawmill running. That meant I did not have a production job and was free to help the men keep up with the hard work as long as I was available for repairs when equipment broke down. I have always been an encourager, even before coming to Christ, and I learned if I could give them a hand in those initial shifts, they would acclimate to the hard work and be able to hold the job.

On one particular day, being an encourager paid rich dividends beyond my wildest expectations. I spotted a new guy working hard yet losing ground as he tried to shovel wet sawdust out of a buried conveyor system under the high-pitched scream of the head saws. I grabbed a scoop shovel and, without a word, helped him with the backbreaking job. As we finished the task, we stopped, stepped away from the noise, and introduced ourselves. I learned that he was the Baptist preacher in town. He told me they had a missionary who was visiting church that night and asked if I would come and hear him. I didn’t know what a missionary was or what a missionary did, but I told him I would be there. As I look back on my response, I am amazed that I agreed. I was a patron of all five bars in town, a blasphemous, combative, irreverent young man with no desire or inclination to ever visit a church.

I went home and told Terri that we were going to church! This undoubtedly surprised her, since our first dates were in the bars in Butte, Montana, and I had never shown interest in anything religious. Nevertheless, we went to church, a place completely unfamiliar to me. I remember the service very well. The missionary used the Bible. And I heard from the Bible that Jesus Christ died for the sins of the world—I didn’t know that! I was told that He died for me personally—I didn’t know that either. I was told that I was a sinner—now that I knew! The preacher said if I would accept Jesus Christ as my savior, I would be born again and become a new creature in Christ.

That night, hearing the gospel for the very first time, I responded and went forward and accepted Christ as my Savior! I knew absolutely nothing about the Bible and I couldn’t have found the book of John, but I believed that man when he read from that black book. And he was telling the truth! As I grew in the Lord I realized that it wasn’t as though I was born again or as though I’d become a new creature—it was all literally true.

Terri, having been confirmed as a Lutheran, thought my decision was fine; now we were both religious. Yet as two ladies of Flint Creek Baptist Church began a Bible study with her, she realized that she knew about Christ, but didn’t have a personal relationship with Him. About three months after I was saved, Terri accepted Christ as her Savior. We rejoice yet today! Jesus Christ changes lives and He changed ours—we are constantly affected by our relationship with our precious Savior. By God’s grace, we are still determined to get to know Him better, love Him more, and serve Him more effectively.